A month or so ago, via eBay, I acquired this bill from the bookbinder Conrad Blum in Offenbach dated 21 October, 1842. Offenbach at that time was part of the Grand Duchy of Hessen and is now considered part of the Frankfurt (Main) metropolitan area.

Although fluent in German, the handwriting style of the time is not my strong point. I'm also not sure what currency is being referred to (Gulden or Thaler), especially as the Customs Union (Zollverein) led by Prussia was growing in member states at that time. A more contemporary comparison would be the expansion of the Eurozone... Hessen-Darmstadt of which Offenbach was a part joined in 1837. 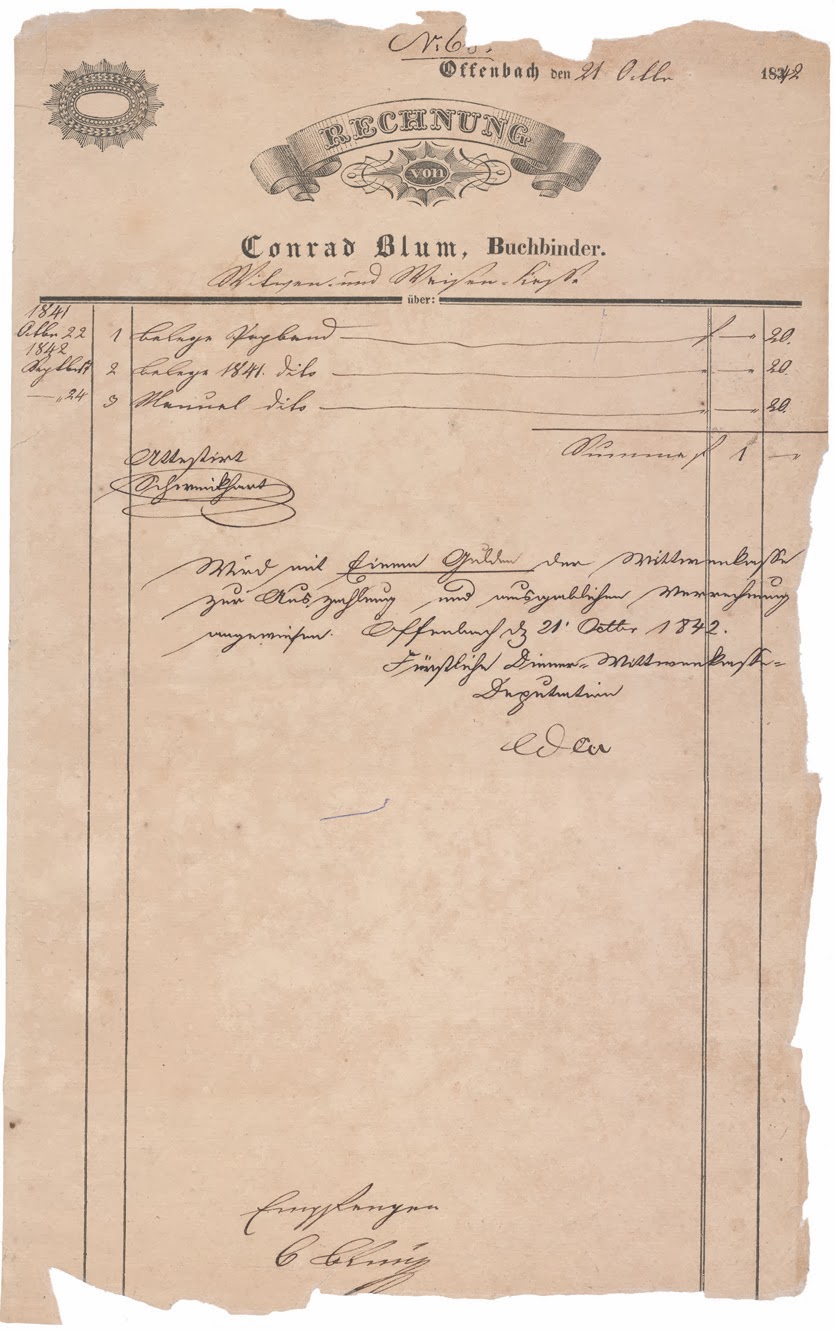 A high-resolution PDF of the bill has been saved here. Any assistance in transcribing VERY welcome.
Posted by Peter D. Verheyen at 2:47 PM 3 comments: