Visited the Rochester Institute of Technology's Cary Graphic Arts Collection with a class I was taking several weeks ago, and was VERY pleasantly surprised by one of the books Curator Steven Galbraith had selected to show us. A copy of the Cranach Press Hamlet bound by Ignatz Wiemeler, perhaps THE most noted German binder of the 20th century. Wiemeler was, among others, teacher of Kurt Londenberg (teacher of Frank Mowery), Fritz Eberhardt (teacher of Don Rash), and Arno Werner (teacher of many in Massachusetts' Pioneer Valley including Carol Blinn, Sarah Creighton, and elsewhere such as Gerhard Gerlach).


As I entered the room filled with other treasures, I was immediately drawn to this binding, and when I asked, "Wiemeler?" was acknowledged by a wry smile on the part of Steven. Thank you for letting me handle this volume and share these images. Note the very simple elegance and incredible precision of the binding – Wiemeler hallmarks all. 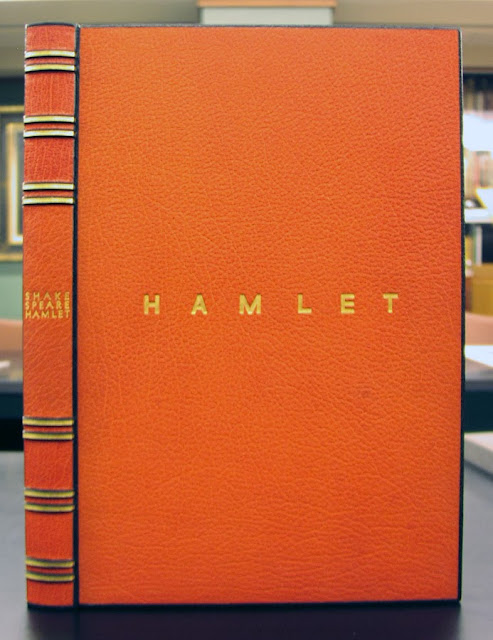 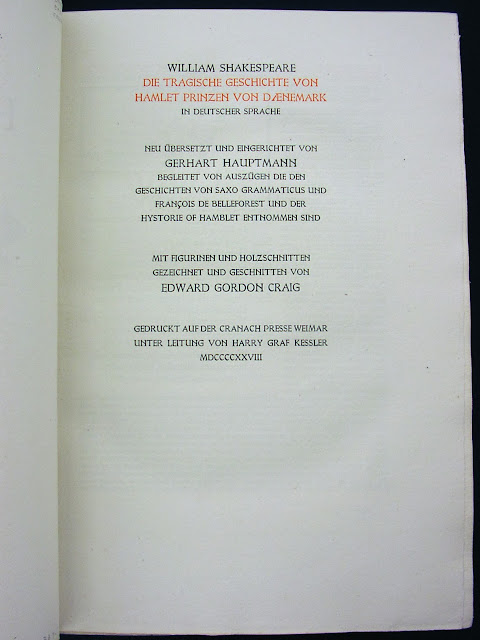 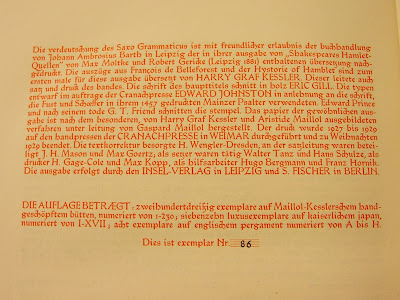 Thank you Steven for this rare treat.
Posted by Peter D. Verheyen at 7:04 PM No comments: 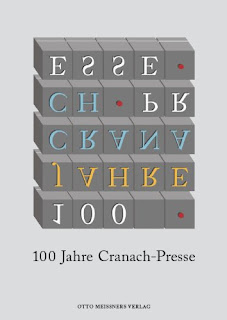