I love this old advertising and its visual flair. In this installment we go from board shears to animals ending with a glue on the basis of fish. All images from the 1929 volume of the Allgemeiner Anzeiger für Buchbindereien.

Syndetikon "sticks, glues, fixes everything." It was invented by Otto Ring in 1880 and was made on the basis of fish glue... The ads below were created by Friedrich Wilhelm Kleukens. Its time ended with the death of Ring and the advent of synthetic / solvent based adhesives in the 1930s. These also had the advantage of not smelling like fish... 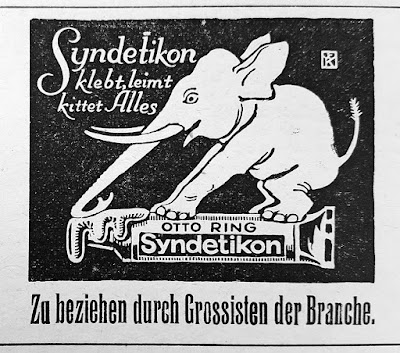 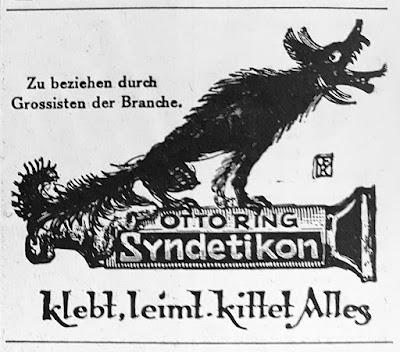 There's more about Syndetikon and its inventor Otto Ring in this German article from the Spiegel that has many more images, most in color.
Posted by Peter D. Verheyen at 11:25 AM