Edge trimming rules have been mentioned the German bookbinding literature at least since Greve in his Hand- und Lehrbuch der Buchbindekunst (1823) and L. Brade's illustrirtes Buchbinderbuch (1868 with various editions). These rules are used for cutting the boards down to their final size after they have been attached to the text block, either on the guard with spine piece or if laced on. The rules illustrated below have raised lips that are 3 and 5 mm wide. These are made from machined aluminum and were ordered from Schmedt. The ones I used as an apprentice in Germany were made of steel. In both cases, they were machined so that the ends adjacent to the lips were beveled. 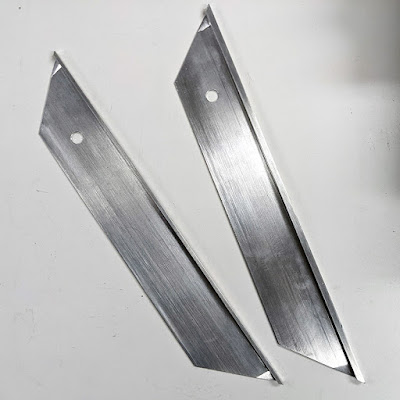 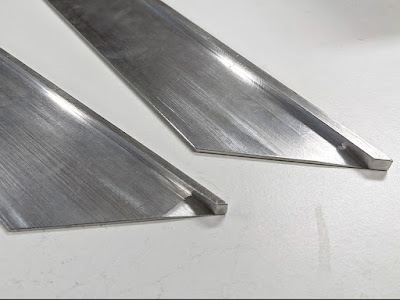 To use, the rule is slipped under the outermost leaf with the board underneath. The lip is pressed tight to the edge of the book, and the excess is then cut off with a sharp blade. The beauty of these rules is that even if the book is out of square, the book will always have even squares. 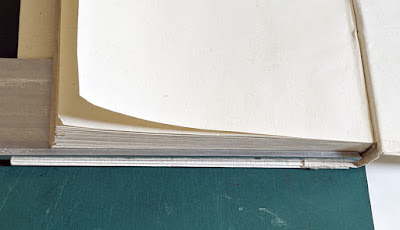 I most commonly used the 3 mm rule, with the 5 mm rule being used for the ledger books like springback bindings that are beefier. I would love 2 mm and 4 mm as they align better with the board thickness I use. The way I learned, board thickness = size of squares.

Below a video of the tool in use.